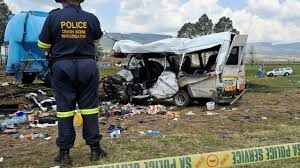 The Road Accident Fund, which is funded directly from fuel levies, has announced that around R1 billion is involved in fraudulent applications in the 2017/18 financial year.

About 514 cases are currently being investigated by the SAPS. Investigations by the Fraud Division of the Fund led to a large number of lawyers being scrapped from the role and doctors and police officers arrested.

The corruption and theft will not come to an end, and the billion rand lost by this is probably the main reason for the ultimate junk status in South Africa.