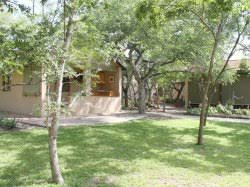 Sarel du Plessis has appeared in court, facing murder and assault charges after he allegedly shot a teenager he suspected of stealing his litchis.

A farmer in Mpumalanga has handed himself over to the authorities after he allegedly shot and killed 18-year-old Anele Ziko for “stealing litchis” from his farm in Nkomazi.

The incident is reported to have happened last week. Tonga District Police Spokesperson Magonseni Nkosi told The Citizen that a case of murder and grievous bodily harm had been opened up against the farmer, who has been named as Sarel du Plessis.

Nkomazi farm murder latest
Nkosi went on to explain how the fateful incident played out. Ziko was apparently at the farm with two of his friends – when they were discovered, du Plessis shot his victim in the back and managed to assault the other one, with the third child managing to escape:

“One of the children managed to run away but the other one was stopped and assaulted by the farmer. Ziko died at the local clinic. He said the victims were there to steal his litchis, hence the shooting”.

On Wednesday, the accused appeared in a Tonga courtroom. He’s expected to launch a bail application after already having one turned down during his first court appearance earlier in the week. SABC report that both the ANC and EFF have sent members to support the Ziko family during the proceedings.

Mpumalanga “litchis” case echoes Coligny
Anele’s mother, Fiona Khoza, said that her son merely visited the farm in hope of finding some part-time work. The Grade 11 pupil has finished his matric exams, and it’s argued he was on the premises to enquire about employment.

The case is a harrowing echo of what we saw during the Coligny trial. Two farmers – Pieter Doorewaard and Phil Schutte – were convicted of murdering Matlhomola Moshoeu as they believed he was stealing sunflowers from their property.

The pair kidnapped the teenager and threw him out of a moving bakkie as punishment. Moshoeu eventually succumbed to his injuries, and the defendants are now awaiting a verdict on how long they must serve in prison.